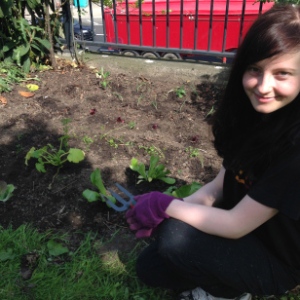 Growing food in towns and cities is very popular, with many people growing vegetables and fruit on allotments but also in vegetable plots in gardens, container-growing in backyards or balconies, and even window boxes. There is, after all, nothing more satisfying than ‘growing your own’!

Most urban areas, however, suffer from air quality issues, most commonly linked to emissions from petrol and diesel vehicles. This has led to questions about the links between growing and eating urban-grown food and poor air quality – is there an effect on the quality of the food grown?

A project led by the University of Leeds, working closely with Leeds Beckett University and Feed Leeds, will look into the long-term impacts of air quality on urban food production. Starting in 2016, the project will compare two sites in very different environments in Leeds to see if there is any difference between food grown in the city centre and food grown in the countryside close to the city.

Soil, water and food from both sites will be sampled during the growing season and analysed in the laboratory for lead, cadmium, arsenic and other chemicals linked to poor air quality. This will be repeated in 2017 on more sites, before expanding out across the city in later years to monitor long-term changes in air quality and impacts on food growing.

The results of the project will be made available from the University of Leeds website  (https://www.leeds.ac.uk/) and on feedleeds.org, but if you would like more information or would like to be involved in the project by volunteering a plot of land, please contact tom@urbal.tv

Over the last decade, there has been a resurgence of the kitchen garden and interest in ‘grow your own’ has spread across the country. Most urban areas have issues relating to air quality, most commonly linked to emissions from petrol and diesel-powered vehicles.

Soil contamination from past industrial use and surface deposition of emissions also contributes to the pollution load. A result of this has been some concern regarding the potential health impacts from the consumption of food grown in urban areas, particularly plots close to traffic congestion. Lead (Pb) remains an issue in urban soils despite the withdrawal of tetraethyl lead from petroleum products in 2000, whilst mercury, cadmium, arsenic and polycyclic aromatic hydrocarbons (PAHs) are frequently cited as issues for urban food growers (Wortman and Lovell, 2014). 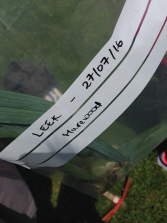 This project is the first stage of a long-term monitoring project which aims to evaluate the consequences of urban food production by establishing a corridor of food production from the centre of the city of Leeds to the rural/semi-rural agricultural situation. Starting with an evaluation of heavy metals, it will evaluate different forms of contamination and their presence in fruit and vegetables harvested for food. It will monitor changes over time and test the relevance of interventions to reduce contaminant levels.

This ambitious project needs background data to establish a baseline for comparison over time and with different management criteria. The first step is to assess heavy metals content of and uptake by edible crops in two very different environments: a traffic island in the centre of Leeds and a walled garden on country estate. 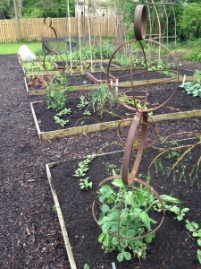 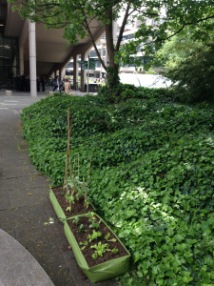